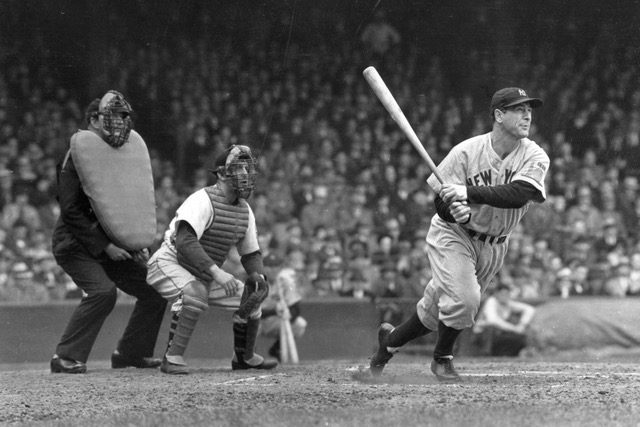 PRIDE OF THE YANKEES “T3” LEADERSHIP!

Lou Gehrig, one of the greatest players in Major League Baseball history,   died of Amyotrophic Lateral Sclerosis (ALS) OTD in 1941 at age 38.  ALS is now known as “Lou Gehrig’s Disease.”  Lou personified selfless service to teammates, shared an incomparable optimism while battling terminal illness and demonstrated dogged determination to perform as well as he could as long as he could.  His inspirational leadership style emphasized:

The Lou Gehrig Memorial Award is given annually to the MLB player who best exhibits Gehrig’s integrity and character.  June 2nd is now MLB’s ”Lou Gehrig Day,” chosen as the anniversary of the date he first entered the starting lineup for the Yankees and the date of his passing.  We need more role model leaders in professional sports like Lou Gehrig!

Rear Admiral Paul Becker, USN (Ret) is a Leadership Professor at the U.S. Naval Academy.  He is the CEO of The Becker T3 Group, a platform for his motivational keynote speaking. A former Naval Intelligence Officer, he’s successfully led large, diverse, high-performing teams afloat and ashore in peace, crisis and combat.  In 2016, The Naval Intelligence Community established “The Rear Admiral Becker ‘Teamwork, Tone, Tenacity Award for Leadership” in his honor