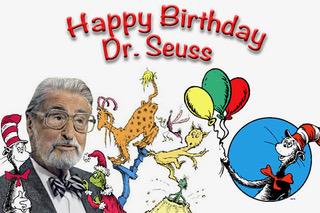 Posted at 01:36h in Blog, Uncategorized by kbecker 0 Comments

UP FRONT: I don’t believe his works represent “Orientalism, Anti-Blackness and White Supremacy” as the Loudon, VA Board of Education has recently opined.  His 60 books are rich in universal morality.  They touch on themes such as environmentalism, inclusiveness, arms control, racial integration, anti-authoritarianism, and consumerism.

Here are some examples:

“But because they had stars, all the star-bellied Sneetches,

Would brag: “We’re the best kind of Sneetches on beaches.

With their snoots in the air they would sniff and they’d snort,

We’ll have nothing to do with the plain belly sort.”

“You have brains in your head. You have feet in your shoes.

You can steer yourself in any direction you choose!”

Here’s another excerpt from “Oh, The Places You’ll Go” which emphasizes perseverance with purpose in pursuit of a passion:

“And when you’re in a slump, you’re not in for much fun,

Un-slumping yourself is not easily done.

But on you will go though the weather be foul,

On you will go though your enemies prowl.

On and on you will hike and I know you’ll hike far,

And face up to your problems whatever they are.”

My Mom read me to sleep with Dr. Seuss’ whimsical rhymes. I’m sure hundreds of thousands – if not millions – of Americans shared that experience.  His stories have been translated into scores of languages and happily read around the world for generations.  Keynote speakers, myself included, routinely reference his works to audiences which include groups as diverse as Statesmen, Educators, Military personnel and Athletes.  I hope we continue to do so.  His books – a unique literary treasure in American culture – should not be subjected to censorship and prohibited distribution.  Dr. Seuss’ motivational “T3” leadership examples – as demonstrated through his characters and personal journey as a story teller – is something we should be proud of.