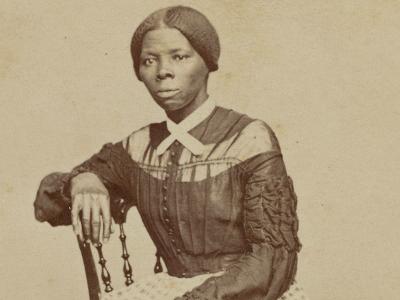 Harriet Tubman died on March 10, 1913.  An icon of leadership, courage and freedom, Tubman was a conductor on the “Underground Railroad” that brought slaves from bondage in the South to freedom in the North. She was also a Union Army Nurse, Armed Scout and Spy who was valiant in South Carolina combat.  In her later years Tubman was a nationally renown Suffragist in Auburn, NY, taking on the injustice of women’s lack of voting rights.

Harriet Tubman was awarded the Congressional Gold Medal in 2015, one of only about a dozen women (or groups of women) to be so decorated in our nation’s history.  For someone born into the worst imaginable circumstances, hers is a legacy of resiliency, intrepidity, love and sacrifice.  Can’t wait to see her featured on the $20 bill!

– Rear Admiral Paul Becker, USN (Ret) is a leadership expert.  He is the CEO of The Becker T3 Group, a platform for his motivational and national security keynote speaking. A former Naval Intelligence Officer, he’s successfully led large, diverse, high-performing teams afloat and ashore in peace, crisis and combat.  In 2016, The Naval Intelligence Community established “The Rear Admiral Becker ‘Teamwork, Tone, Tenacity Award for Leadership” in his honor