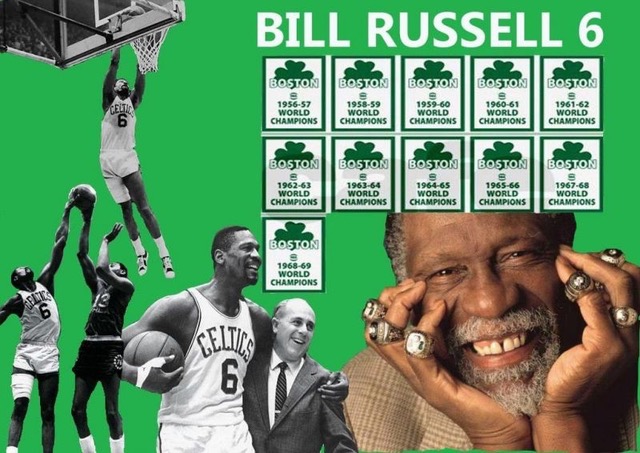 The Boston Celtic’s inspirational leader, Bill Russell, turns 87 today.  He belongs in the American team sports “Greatest Of All Time” (GOAT) conversation.  Russell led the Celtics to 11 NBA Championships in his 13 years with the team during the 1950’s-60’s.  He was the first African American NBA Head Coach (and winner of two titles in that role).  A Presidential Medal of Freedom recipient, he was a “T3” role model, demonstrating historic “Teamwork, Tone, Tenacity®” in the following ways:

Bill Russell adapted “T3” leadership lessons learned on the basketball court into a philosophy for civic engagement, mentorship and compassion. He used his platform as an NBA star to fight back against the racism and inequality. In the face of fan violence, possible career jeopardy and even FBI surveillance, Russell believed his responsibility as an athlete, and as a human being, was to leave things better for those who came after him. He’s one of the few American professional athletes honored with a statue outside their former hometown sports arena.  Russell’s statue is unique. He’s depicted in game action pose with 11 granite plinths representing the 11 championships he helped the Celtics win and sculptures of a boy and a girl demonstrating the potential in each child to succeed based on his or her own merits.  When it comes to “T3” leadership, he was truly one of the Greatest of All Time.