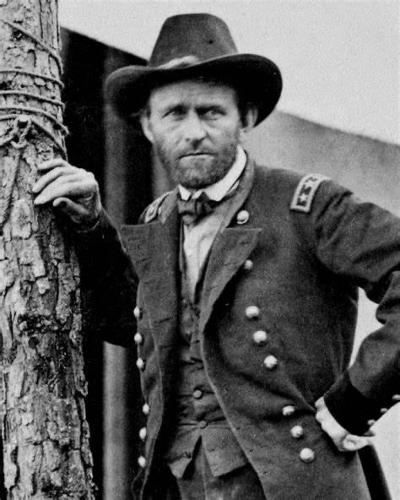 Ulysses S. Grant was posthumously promoted to “General of the Armies of the United States,” the nation’s highest rank on December 23rd, per a provision in the National Defense Authorization Act  signed by the President. The only other Americans so honored are George Washington and John Pershing.  Long overdue and well deserved!

Grant was not only one of the greatest Generals in our history for helping save our nation (I’d place him in the top two with Washington; who helped create our nation), he was also one of our greatest leaders. Period. He had faults and fallibilities as does anyone, but did well to overcome them. One of my former Commanding Generals, General David H. Petraeus, US Army (Ret.) emphasized that leaders have a vision for the future and must get the big ideas right to achieve them. Grant certainly did that at the tactical, operational and strategic level of war on the battlefield by devising a comprehensive plan to defeat the Confederacy. And also as our 18th President, by taking tangible steps to build a more just nation in the Reconstruction Era.

There are many statues and monuments honoring Grant nationwide (I even visited one in Tokyo!).  Sadly the one in San Francisco was toppled and defaced by anarchists in 2020.  That city has since removed the bust of Grant it from its former place of honor in Golden Gate Park.  Grant’s own far sighted observation applies: “If we are to have another contest of our national existence, I predict that the dividing line will not be Mason and Dixon’s but between patriotism and intelligence on the one side, and superstition, ambition and ignorance on the other.”

– Rear Admiral Paul Becker, USN (Ret) is a motivational and national security keynote speaker.  He is a leadership professor at the U.S. Naval Academy and the CEO of The Becker T3 Group. In 2016, The Naval Intelligence Community established “The Rear Admiral Becker ‘Teamwork, Tone, Tenacity’ Award for Leadership” in his honor.  To connect with Paul, visit his website: https://TheBeckerT3Group.com