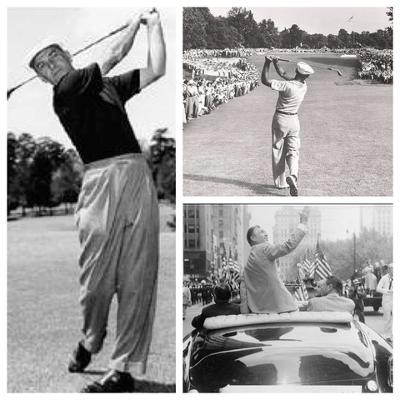 Ben Hogan was born On This Date in 1912 in Texas. One of the greatest golfers of all time, he was one of only five men to win all four Major Championships (Career Grand Slam; the others are Tiger Woods, Jack Nicklaus, Gary Player and Gene Sarazen).  His inspirational style:

– Rear Admiral Paul Becker, USN (Ret) is a motivational and national security keynote speaker.  He is a leadership professor at the U.S. Naval Academy, CEO of The Becker T3 Group and a golfer.  In 2016, The Naval Intelligence Community established “The Rear Admiral Becker ‘Teamwork, Tone, Tenacity’ Award for Leadership” in his honor.  To connect with Paul, visit his website: https://TheBeckerT3Group.com