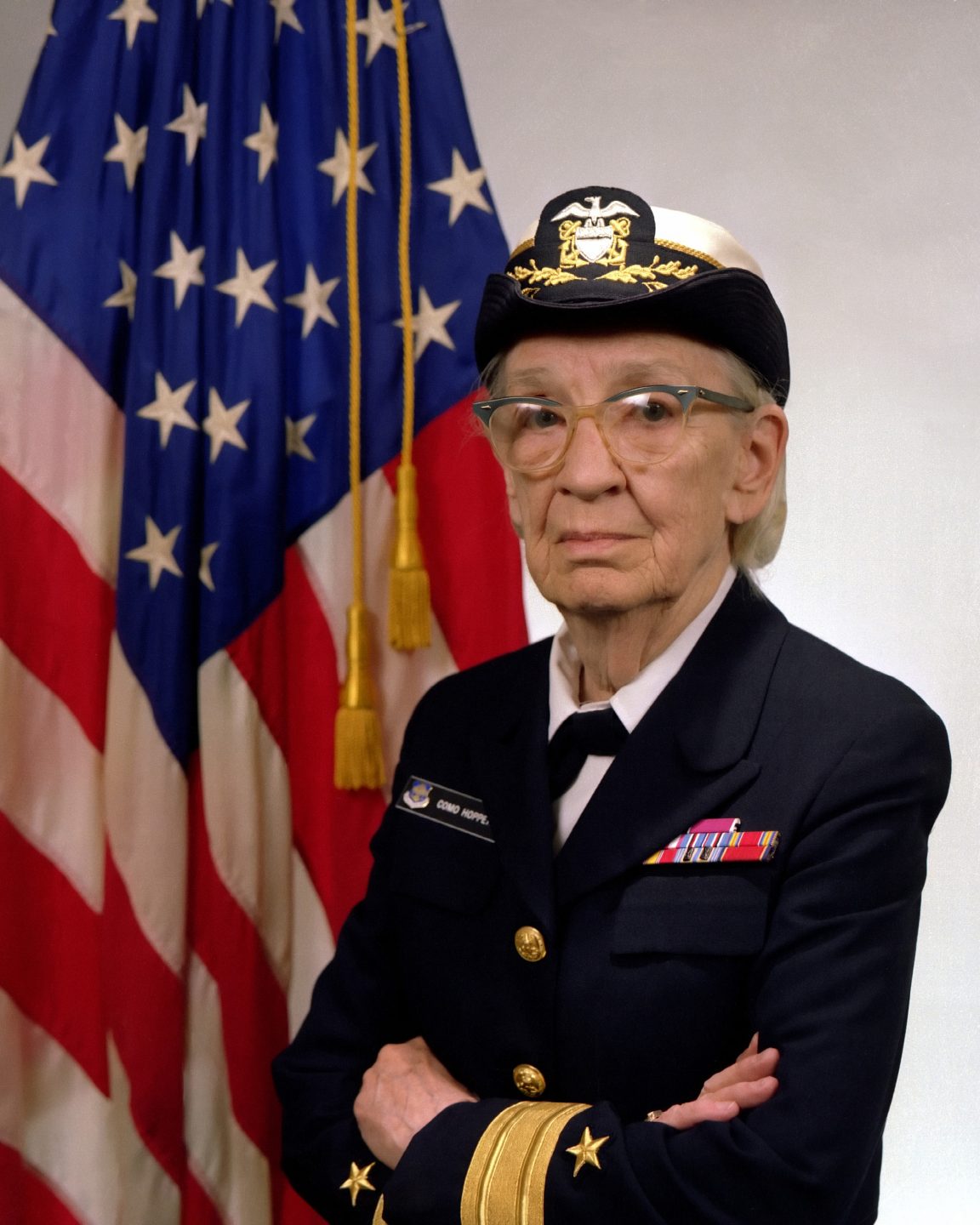 Posted at 16:20h in Blog by kbecker 0 Comments
The clock in Navy Rear Admiral Grace Hopper’s office ran counterclockwise!  “Amazing Grace” – as she was known by admirers – saw things differently and urged others to think unconventionally when tackling tough tasks.  This pioneering computer scientist and programmer was the driving force behind the invention of COBOL plus other modern programming languages and was the first to use the word “bug” for an IT problem when she discovered a moth inside a malfunctioning mainframe!
Admiral Hopper’s role model leadership broke gender barriers in previously male dominated STEM (Science, Technology, Engineering, Math) fields.  Her soft spoken subject matter expertise built successful mission-oriented organizations.  Her positive, innovative approach inspired others to think and act differently, and a fierce determination to serve her nation and solve wicked problems resulted in historical achievements.  In short, RDML Hopper’s personified “T3” leadership.  Here’s How:
RDML Hopper’s legacy as a motivational leader is incomparable.  She epitomized both academic and emotional intelligence and proved the value of diversity in workplaces where previous unconscious biases probably sub-optimized inclusiveness and contributions from all.  She’s the recipient of the Presidential Medal of Freedom, National Technology Medal and is a member of the National Women’s Hall of Fame. RDML Hopper is the namesake of a U.S. Navy ARLEIGH BURKE-class Guided Missile Destroyer (DDG 70), the Office of Naval Intelligence’s Information Services Command, the U.S. Naval Academy’s Cyber Security Studies Center, one of Yale University’s undergraduate colleges and numerous awards.  In  the world of pop culture she was a guest on The  Letterman Show in 1986 and the subject of a “Google Doodle” in 2013. She was truly, “Amazing Grace.”

Rear Admiral Paul Becker, USN (Ret) is a leadership expert.  He is the CEO of The Becker T3 Group, a platform for his motivational and national security keynote speaking. A former Naval Intelligence Officer, he’s successfully led large, diverse, high-performing teams afloat and ashore in peace, crisis and combat.  In 2016, The Naval Intelligence Community established “The Rear Admiral Becker ‘Teamwork, Tone, Tenacity Award for Leadership” in his honor.